The opera group LA POEM is back with their new single album ‘Trilogy I. Dolore’. As the title suggests, this is the first part of their new trilogy. It starts with ‘Dolore’ which stands for pain, the following parts ‘Speranza’ (hope) and ‘Vincere’ (victory) will be released later on.

If you recognize the name, you might have seen them in the ATEEZ performance in episode 9 of ‘KINGDOM’.

There are two new singles by LA POEM on ‘Dolore’. The first is ‘Waltz In Storm’ which is very aptly named. We’re going dark, theatrical angst opera. It’s intense and tickles all the right parts of my brain. I love how they played with the rhythm and dialed the intensity up and down.

I had to listen to it a couple of times because I couldn’t get over the chorus without getting full body chills. It’s such a brilliant track. It reminds me of the waltz in the animated film ‘Anastasia’. The ending had me do a double take because that little twinkle had me cackle. What an interesting end to such an explosive song.

The second track is ‘Half Moon’ which was co-composed by GAHO from Planetarium Records. Whereas the previous track was very much explosive, this feels more intimate in its anguish. ‘Half Moon’ stays true to their original concept because of how they used their vocals. If it had been sang by any other artist, it could have still been a beautiful ballad. However, because it’s LA POEM we get that extra pizazz with their excellent use of tonality.

‘Trilogy I. Dolore’ by LA POEM is a great single album that shows some of their major strengths. I can’t wait to hear the next part of their trilogy.

You can listen to it on Spotify here. 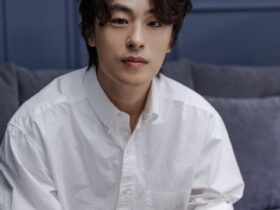 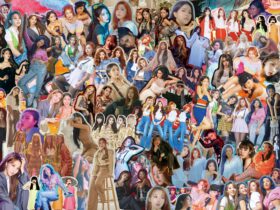 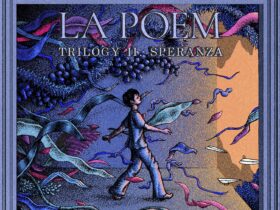