It has been a long road full of amazing music and incredible stages, today we reached the end of ‘KINGDOM: Legendary War’ with episode 10. iKON, Stray Kids, The Boyz, ATEEZ, BTOB and SF9, left some legendary performances and a lot of amazing moments.

For this last episode the groups released new songs and we are up to getting more wholesome moments and interactions.

‘The Real’ is the name of the song they performed for this final round. The mix of different stages like parallel worlds was very creative, we also liked how Hongjoong saved the kid from his bullies. The dancing was incredible and the stage had a lot of things happening.

We really enjoyed watching how they interacted with other groups, this performance felt like a celebration. Big shout out to those small kids performing with them, that was adorable.

Prior to D-DAY, Stray Kids went on a very cute field trip, the members were divided into different groups and they all went to do different activities (adorable content). Once they reunited, they all chatted about their journey in the program.

Inspired by classical composer Wolfgang Amadeus Mozart, Stray Kids performed ‘Wolfgang’. Starting with ‘Fantasia in D Minor’ this track was more Hip-Hop based with 3RACHA coming through in the verses.

The hook of the song was super cool and the electronic dance break dope! We thought it was hilarious that the entire song basically feels like a pun of Wolfgang to a literal gang of wolves.

The members from The Boyz went on a day out to a theme park. They all gathered to listen to some very wholesome and supportive words from their leader and the other members, just super cute and emotional.

‘KINGDOM COME’ is the title of their stage, and for this performance we really enjoyed the very dramatic instrumentation, their synchronization was insane as usual, and the beat drop for the dance break was very satisfying to listen to.

One of the highlights for this stage was the tiny water pool. It gave us some stunning choreo moments. It was super pretty.

The guys from BTOB went out on a chill day full of nature, food and lovely messages from the members who are still doing their military service.

This stage started with a countdown to their performance with Peniel as the host. ‘Show and Prove’ gave us some serious theater-like vibes, as expected the vocal power of BTOB was present, and the rapping was really cool. For some reason, it gave us Beyonce stage vibes.

iKON is next, before the final performance they just talked about ‘Kingdom’ and their experience over food in their dorms. The members really bonded with the members of other groups and it was really cute and wholesome.

‘At Ease’ is the name of their track. This song went back to basics and showed off iKON’s Hip-Hop concept. Towards the end of the stage this song had a very interesting transition that made the track feel like a completely new one which was super cool. The performance itself had a very urban/street like concept.

The guys from SF9 were last to perform and as the other groups shared their thoughts on their performances. They also had a very cute present exchange, and chatted over coffee.

Their stage started with a stunning VCR with visuals from every single angle. The choreography for this performance was smooth, with a very sexy and elegant touch. ‘Believer’ is an electronic track but still has a very charming and almost seductive feel to it.

Last but not least, we got the final results and Stray Kids was crowned as the winner of ‘KINGDOM: Legendary War’. CONGRATS!

That was it for our Recap of episode 10 of ‘KINGDOM: Legendary War’. We had a blast the last couple of months watching every performance of ‘KINGDOM’. I hope you had fun reading our thoughts on the episodes. If you want to check out our recaps for previous episodes, you can click here. You can find all of the new songs of the groups on Spotify here.

See you next time! 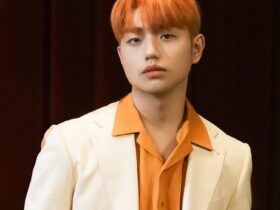 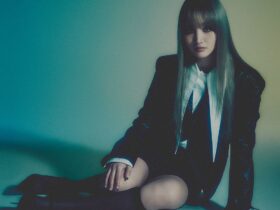 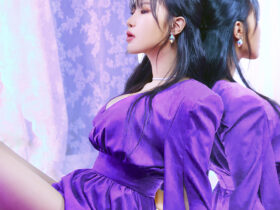