Cacophony released her new EP ‘Reborn’ in November. Not only did her music blow us away, she also created a movie to go with it. It is a truly artistic piece and is available for rent via the link on her Instagram. Honestly, after watching it, I definitely recommend it.

After interviewing her with her Moonsomoon release, we reached out again as we had plenty of questions. She was kind enough to reply.

This is a shortened version of the interview we published in our magazine. Discover more here.

“Through this album, I explained the process of how I gave up everything I had and chose the path of ‘music’. I wanted to let listeners know that life is a repetition of being broken and reborn. I don’t want people to be afraid of leaving and breaking up. The concept of this album is to give courage to many people through my personal story.”

Sharing a work that is so deeply personal, can’t exactly have been an easy thing. “For me, this album was meaningful in showing me everything. I was asked if I could be this honest. I thought I could only be stronger if I were. In fact, after doing this much, I became really strong. I wasn’t afraid of life.”

A movie wasn’t immediately the end goal of writing the album. “I wrote music first as usual. I embarked on it quite lightly. However, while making a track list, I realized that this album represents my overall life. So I thought it would be great if I could film a movie with my album. Fortunately, with this idea, I was sponsored by the Seoul Cultural Foundation. That’s how I could realize this project.”

With the creation and level of control of an entire narrative in a film, it feels quite different than solely releasing an album. “The magnitude of the energy input is completely different. I really suffered for a year as I was able to set the flow of the story. I find I am more affectionate towards this album ‘Reborn’ because I was in charge of more things such as video production, acting, and editing.”

“Preparation took about 2-3 months, and the filming itself took about only 3 days. I didn’t have a lot of budget, so we filmed it quickly. The editing took two whole months. If you tell me to do it again, I could never do it. I stayed up too much and poured too much energy into this project.”

Cacophony even took dance classes for the film. “Park Joo-hyun, who was in charge of the choreography, actually made the choreography for ‘Reborn’ and taught it to me. It was very difficult because it was the first time I learned and danced so properly, but Park Joo-hyun led me well.”

I asked if she had considered adapting the film into a theatre play. With some small changes I think it would look great. “It would be so much fun to realize. However, I definitely spent too much energy preparing for this album and movie so I think I need to rest right now. But if I have a chance to discuss it with a theater producer, I’d love to realize it.”

‘Reborn’, the film was inspired by the documentary film ‘Pina’. “The concept and cut conversion were so good that I showed this film to my co-workers. The synthesized space was created by my talented friends, illustrator Yeon Yeo-in and VFX worker Yoo Si-hyun. My music inspired them, and ideas came easily.”

During the film a character appears when Cacophony is wishing upon a star while singing ‘Mon Étoile’. “The character is a star fairy who prayed to the stars and the moon. This character comes from outside this stage and becomes my childhood friend. It’s transcendent, but it’s by my side. It may symbolize the art I encountered as a child. A being who has always been by my side, but eventually has to leave to tell my story.”

The devil is in the details

Crowns are very prevalent in the story. We see two very different ones that each have their own meaning. “The crown itself stands for the individuality I have. The crown I use on the stage symbolizes me who did not realize her individuality properly, so it is very crude even if the personality may exist. In fact, I asked the producers to make it more fragile. In ‘Chapter 3: Reprise’ taking off the crown means abandoning my personality.“

Most of the performances of the songs show the band as well. There’s pianist Forest Jeong, bassist Kim Soon and guitarist Gunwoo. Gunwoo was the second half of the duo Moonsomoon together with Cacophony.

During the song ‘Alien’ we see all of them stand on separate parts of a mobile. “The mobile’s idea came from Yeon Yeo-in who designed the stage. Inspired by the fact that the alien ‘Me’ and loved ones could never be together. She imagined a structure of mobiles where nothing could meet each other. At first, it looks as if the elements of the mobiles are close. However in the second half, they are hanging from the mobiles, showing that they can never meet.”

The personification of the fallen star plays a game with Cacophony with a red string. The string has a lot of theories, one of them being the red thread of connection. However, in this project that’s not fully the case.

“The red string represents an obsession with others. That’s why the red thread, which had been in ‘Chapter 2: Life’, is strangely increased and deformed in ‘Chapter 5: Outside the stage’. So letting go of the string in ‘Chapter 5’ means that I will no longer care about others. The theory of red thread, which is connected to someone, was not actually thought of at the time of making the movie. It seems to have a similar trajectory in that it eventually creates a relationship between people.”

To people who are struggling with a sense of identity, Cacophony would like to say this: “It’s okay to not live the way others want. Just listen to your inner voice. You know better than anyone else what path you should walk because you know yourself the best. Your life and Happiness is up to you.”

You can watch the trailer for ‘Reborn’ the film by Cacophony below. 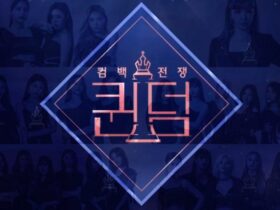 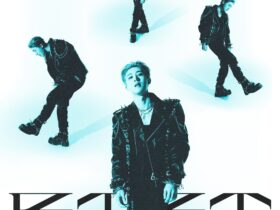 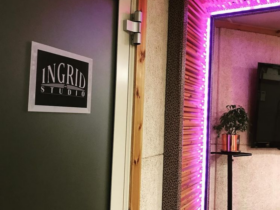