It’s time for a new Rapper in the Spotlight, and this week we are sharing the career of a rapper that hasn’t stopped surprising us with his unique style and vibe since his debut. Today is all about Ahn Byeong-woong.

Ahn Byeong-woong officially debuted in 2020 under the indie label Wavy. Before signing up with Colde’s agency he had already released a couple of mixtapes starting with ‘M.S.F’ a collaborative project with CandidCreation and ‘BARTOON 36’, both in 2019.

During this time he also had his SoundCloud, if you are up to discover some cool tracks with a lo-fi/90s style check it here.

His debut EP ‘BARTOON 24’ was released in 2020 with impressive features including Simon Dominic, Giriboy, The Quiett and many more.

With ‘Drown’ featuring Giriboy as the lead single, Byeong-woong received positive feedback for his rapping flow and laid back style.

This same year he released the single album ‘I BALLIN’’ and the single ‘Daily Routine (with Chick’n Bites)’. This track was a collaborative project with the brand SHAKE SHACK KOREA..

In 2021, he released his second EP ‘Batanga! (S. alt’ C. oke A .nd T. equila)’ with the lead single ‘Eyes on u’. For this release he also dropped the music video for the b-side ‘Walkin’ down the street’, check them below.

His latest releases are the singles ‘Time Trouble’ released in 2021, and the track ‘Get the Bag’ featuring Don Mills, SINCE and Khakii.

Show me the Money

Before signing up with Wavy, Byeong-woong participated in the eight season of the survival show ‘Show Me The Money’. Even though he didn’t make it to the final, he received a lot of attention for his old school rapping style and swag.

After officially debuting he decided to participate in the season 9 and 10 of the show, for both seasons he absolutely killed it with awesome stages and he kept on developing and improving his awesome rapping skills. Below you can watch a few of his performances.

Check out his Spotify to listen to his discography and follow him on Instagram for plenty of cool pics. 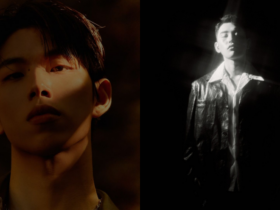 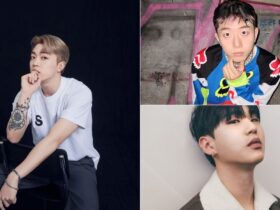 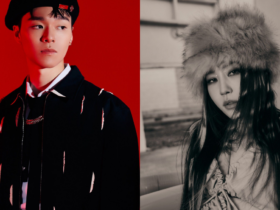