This time for ‘Ode To The Artist’ I’m featuring the singer Jung Seung Hwan.

Jung Seung Hwan, a 96-liner, is an incredibly underrated artist. I wish more international fans knew about him because he has such a lovely voice. That’s exactly why I wrote this piece.

He started off his career in the SBS show ‘K-pop Star’ Season 4 where he ended up second. Katie Kim ended up winning that season. But for the first time since it aired, ‘K-pop Star’ decided to change its rules and allow the two runners-up to sign with an agency as well. So Jung Seung Hwan and Lee Jin-Ah both ended up signing with Antenna Records. If you don’t know Lee Jin-Ah, go check out our episode of DisKovery with a K.

An incredibly funny performance is his mash-up of ‘Peek-a-boo’, ‘Heartshaker’ and ‘Gashina’ for the show Yu Huiyeol’s Sketchbook. Now what makes it so funny is that the host is also his boss, because Yu Huiyeol is also the owner of the record label Antenna Records. So imagine doing this performance right in front of your boss and you can understand why they’re both cracking up.

During ‘K-pop Star’ he covered the song ‘I Want To Fall In Love’ by Kim Johan. That performance even landed him on the number one spot on the Gaon Charts.

Also take a look at this super extra performance of ‘K-pop Star Friends’ where Seung Hwan joins forces with Sam Kim and Nakjoon.

He is a king of OSTs. He has a soundtrack for the K-drama ‘My Mister’ that I’ve been obsessed with forever. I also wrote a review about it, if you want to read more.

He also has OSTs for ‘Moon Lovers: Scarlet Heart Ryeo’, ‘Another Miss Oh’, ‘The Time We Were Not In Love’ and ‘LIFE’.

If you want to cry, listen to his live performance of the song ‘Breathe’ with Lee Hi. I’m feeling all my feelings right now…

Obviously he’s made a name for himself in the industry because of his amazing voice. I’m sure that once you listen to his discography, you’ll fall in love with his voice as well.

The last song that I want you to pay special attention to is ‘The Snowman’. IU wrote the lyrics for this track and I feel like this is a magical collaboration. Go check it out.

His EP ‘Dear, my universe’ is the stuff of Gods. Check out his aesthetic videos in this playlist. It’s well worth the watch.

If you want to read more about his label, click here.

Be sure to check out his EP: ‘Dear, My Universe’. It’s absolutely stunning. 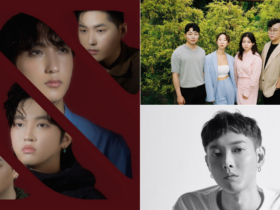 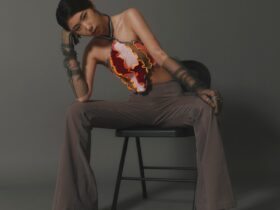 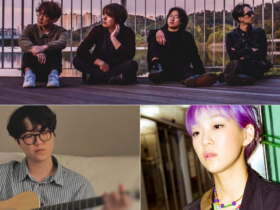