‘Extraordinary You’ is one of those dramas that made me cringe, laugh and even feel sad in just 16 episodes. It was an emotional journey, but at the same time it was refreshing, different and had a peculiar storyline that got me hooked.

Based on the webtoon ‘July Found by Chance’ by Moo Ryuyee. ‘Extraordinary You’ (aka Haru Found by Chance) is a 2019 drama written by In Ji-hye and Song Ha-young, and directed by Kim Sang-hyeop.

Featuring Kim Hye-yoon and SF9’s Rowoon as Haru. This drama tells the story of Eun Dan-oh (Kim Hye-yoon) a secondary school student who has a comfortable life despite having a serious medical condition, a loving father and is even engaged to her lifelong crush (even though she is just 18 y/o). Everything seems “normal” until she gains her ‘ego’ and finds out that she is a character in a comic book and refuses to follow the writer’s directions.

Eun Dan-oh is put through some of the most stereotypical drama cliches by the writer, she cringes at them (and so did I) and she starts wanting to change her fate and write her own destiny.

In doing so, she meets Haru, a mysterious student that seems to have a special ability that could help Dan-oh rewrite her life and follow her own fate.

As the drama develops other characters start gaining their ‘egos’ and start realizing that they are also part of the comic book, making them wonder how much of their life is real.

I personally loved the writers’ work on the story. Eun Dan-oh was such a relatable drama reader, she cringed at many of the more loving and romantic scenes she was in, and so many of us do when we watch or read a drama or webtoon that gets too fluffy and lovey dovey.

Seeing her react to those scenes was absolutely hilarious. At the same time though, it was also sad to see her and other characters go through some stages in the comic book where they had no control over what happened. And writers aren’t always the kindest to their characters.

The actors did an incredible job portraying their roles. One of my favourite ones was Lee Jae-wook, I had previously seen him act in ‘Memories of Alhambra’ but his role in ‘Extraordinary You’ was more ambiguous and complicated than his small role in the former one.

Jung Gun-joo is another character that definitely gained my heart. He was lovable, extremely cute and such a supportive friend. I just can’t wait to see more productions by these two actors.

Overall, ‘Extraordinary You’ is a cute drama with lovable characters and a very interesting and peculiar storyline. It is available on Netflix, and you can check out the trailer below. 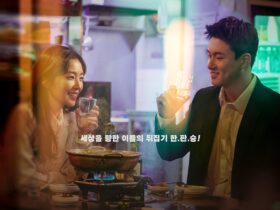